Home
Articles
Do I Really Need a Lawyer?

Do I Really Need a Lawyer? 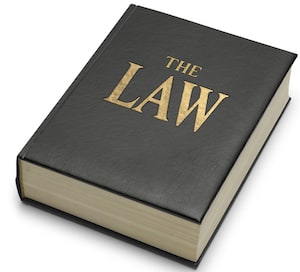 There is that old saying that we have all heard: "the person who choses to represent themselves has a fool for a client." I see it all the time, though. Most people don't know this about lawyers, but one of our primary activities in a courtroom is waiting. We wait for our client's case to be called and then proceed to manage their case. But in the meantime, we can watch and observe everyone else and how they have chosen to handle their case. I would say that about 2% of the people out there have, at a minimum, spoken to an attorney before they ventured into court. If they have not at least consulted with a lawyer, they are well prepared to defend their position understanding that it's the State's representative's job to prove the case.

The other 98% don't fair as well. This happens more often in lower municipal courts on traffic citations and other state violation that can be prosecuted there. If a person cannot afford an attorney, the State is required to provide one upon request. Some lower courts, like the City of Atlanta Municipal Court, provide public defenders. This gives people access to at least seek advice before proceeding, but it is surprising how many people do not take advantage of the opportunity. Many lower courts in other smaller counties do not have public defenders present. So many people acquiesce to whatever punishment is handed to them by the prosecutor and judge without asking for time to speak with a lawyer.

Take, for instance, a "super speeder" citation. If you drive 75+ miles per hour on a two-lane road or 85+ miles per hour on any road, you are going to get hit by an additional $200.00 fine on top of whatever other fine is imposed against you. Neither the judge, nor the prosecutor is your friend, and they can't give you legal advice. Unless your motor vehicle record is clean enough to give the prosecutor an incentive to give you a break, you're likely to get hammered. They don't have to warn you about the points that are imposed on your license or protect you from any other collateral consequence.

Apply this same scenario to other offenses like DUI, marijuana possession, or shoplifting and you can imagine how someone could make their life miserable and suffer potentially life-long consequences simply because they did not pick up the phone and call someone like me.

The same logic applies if you find yourself in the courtroom. A lot of hardship can be avoided if you just talk to someone who has trained themselves to know more than you do.