Home
Articles
How can You Represent Someone You Know Could be Guilty?

How can You Represent Someone You Know Could be Guilty? 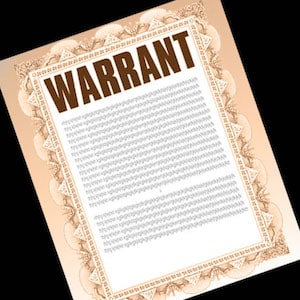 It is not an easy concept for many people to grasp. Where I think people get hung up is on the misconception and misperception that we, as defense attorneys, condone, or ignore, or tolerate, or even advocate bad behavior and law breaking. Nothing could be further from the truth. Theoretically, defense attorneys and prosecutors are on the same side. Theoretically, we are both in pursuit of the same goal, making sure the constitution is upheld, making sure justice is served, and society is made better by our efforts. Very idealistic, I know. But the theory is made more practical when we start to interact. What makes the relationship, by definition, adversarial is how we go about reaching that goal.

The fundamental question when someone (anyone) is accused of committing a crime is "if the evidence is presented to a rational fact finder, could the State prove it?" That is their job. Our job is not so much to keep them from doing so, but to make sure that, if they can, they do so in accordance with the Constitution. Violation of one person's rights is a violation of everyone's rights. Again, very idealistic. But it is hard to rebut, is it not? If something can happen one person, it can happen to all of us.

Take, for instance, the latest potential example of the State acting outside the boundaries of the Constitution.

A Magistrate Court judge in Murry County, Georgia has recently stepped down for allegedly pre-signing arrest warrants, allowing the officers carrying them to input whatever "evidence" they desire on the warrant to execute an arrest. The GBI is now conducting an investigation. Under normal, constitutional, circumstances an officer presents evidence under oath to the magistrate judge. Based on that evidence, the judge decides whether or not the standard of proof of probable cause has been met to sign, and thereby issuing, the warrant for the officer to execute. "Absent that happening," GBI Director Vernon Keenan said, "it strikes at the heart of the administration of justice."

If someone was guilty of even the most egregious of crimes, if they were arrested on one of these warrants, a defense attorney would be obligated to try to reopen their case and have it dismissed.

Whether or not our clients are truly guilty does not matter. Perception is 99% of reality. For this reason alone innocent people are convicted after trial or by taking pleas all the time. Our job is simply to try to be the best arbiter of fairness we can be, and safeguard our clients' rights as best we can. Because whatever happens to them, can always happen to us.