Home
Articles
Jury Nullification – You Have a Choice

Jury Nullification – You Have a Choice 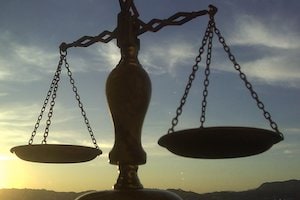 Have you ever sat on a criminal jury? If so, you have participated in one of our most basic and fundamental civic duties. Your decision will literally impact the defendant on trial for the rest of his or her life. Did the State do its job? Is the defendant guilty beyond a reasonable doubt, or not? What if, beyond a reasonable doubt, you believe the defendant is technically guilty but you simply just do not want to vote to convict him or her? Do you have a choice? Do you have to convict this person? Are you required, obligated, and bound to convict?

The answer may surprise you.

The answer is NO. You are not required or obligated to do anything that you do not want to do. If you feel the law that you are asked to apply is unjust, you can vote to acquit the defendant even if you still believe that he or she is technically guilty.

This is jury nullification. A man was recently found not guilty of a felony marijuana charge in New Hampshire. There, the judge actually charged the jury on their right to nullification before they deliberated the case by telling them that they could find the defendant not guilty if they had "a conscientious feeling that a not guilty verdict would be a fair result." That would be unheard of in a Georgia court.

Nullification does happen in Georgia, but it is very very rare because people as jurors just simply don't know they can do it. If they did, it would probably happen on a much larger scale. Jurors are typically fair-minded people, but when defendants are technically guilty of the offense for which they are accused, most jurors feel they have no choice, even if they believe a conviction and punishment for the defendant's actions would be unfair. For instance, what if you believe, as the New Hampshire jury may have believed, that use of marijuana should be legal and the laws against such use are too strict and punished too severely? You could do exactly what the New Hampshire jury did. Or, what if you were sitting on a jury deciding the fate of someone accused of shoplifting a loaf of bread and peanut butter because she and her child were homeless and hungry? Technically speaking, the fact that she is guilty under the law is probably undisputed. Are you required to vote to convict her? No. You are not.

So the next time you find yourself on a criminal jury, and a person's life literally hangs on your decision, listen to the facts carefully and ask yourself how you would want to be treated if your roles were reversed. Because even if you believe the facts show the defendant to be technically guilty, you still have a choice.