Home
Articles
2nd DUI Conviction Within 5 Years – What Happens to my Driver's License?

2nd DUI Conviction Within 5 Years – What Happens to my Driver's License? 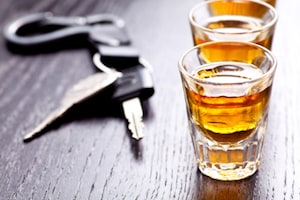 New laws taking effect January 1, 2013 could have a large impact on Georgia drivers convicted of DUI. The changes include new consequences for drivers under the age of 21 convicted of DUI as well as new rules effecting drivers applying for limited use permits during their probationary period. Generally, the new laws encourage convicted drivers to seek treatment and risk evaluation in exchange for increased opportunities to begin driving sooner. The changes are supported by legislators, judges, and criminal defense attorneys alike, and are considered mostly positive developments in the area of Georgia DUI law.

The most striking changes in the law deal with drivers applying for limited driving permits during the probationary period following conviction for DUI. First, under the old law, a driver convicted of a second DUI in a five-year period was required to suffer a mandatory year-long suspension of their driver's license before the driver could apply for a conditional "Ignition Interlock" limited driving permit. The new law allows a convicted driver to seek a permit after only a 120-day suspension, if certain conditions are met. To be eligible, a convicted driver must be enrolled in a recognized clinical treatment program or Drug Court program and complete a Drug and Alcohol risk assessment. Eligible drivers must get the permission of the sentencing judge for the early permit, but are no longer required to wait a minimum of a year to regain certain driving privileges. It should be noted that this part of the new law applies to drivers convicted BEFORE January 1, 2013, which would allow any driver that has already served at least 120 days of the suspension to ask for an early permit if the other conditions have also been met.

The new law also allows for more "practical" uses of limited driving permits by adding to the list of circumstances a convicted driver with a limited permit may operate a vehicle. These changes are beneficial to convicted drivers with dependents or immediate family members that do not have a driver's license. The old law allowed limited-use permit holders to drive to work, school, to receive medical care or pick up prescriptions, support meetings, and monitoring visits with the driver's ignition interlock device service provider. The new law expands these opportunities by allowing limited-use permit holders to also drive for the purposes of reporting to a Probation Officer, performing community service, or transporting an immediate family member that does not hold a valid driver's license to work, school, for medical care, or to pick up prescriptions.

The new laws applying to Georgia drivers convicted of DUI strive to strike a balance between encouraging repeat offenders to seek treatment for substance abuse while recognizing the need for responsible individuals to quickly regain limited driving privileges. These new changes represent a positive step towards more practical solutions in the area of Georgia DUI law.