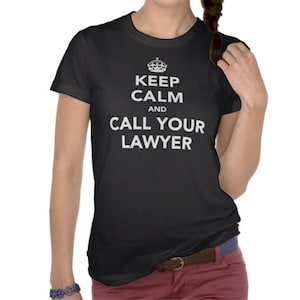 The importance of seeking the advice of a lawyer when you are facing a criminal offense, no matter how insignificant you think it is, can not be overstated. Not long ago i spoke with two people whose recent legal difficulties are a direct result of not hiring an attorney when they faced prior criminal offenses.

Meet Billy. Two years ago, Billy was pulled over in in Dekalb County and consented to a search of his car. The police found a small bag containing less than an ounce of marijuana and he was arrested and taken to jail. Although police officers may take it somewhat easier on you if you cooperate, my advice, generally, is that you should not consent to a search. The State is obligated to prove beyond a reasonable doubt that you are guilty using evidence that its agents (the police) find and collect. You have no obligation to help them collect the evidence. The Fourth and Fifth Amendments to the Constitution protect us against unreasonable search and seizures and self-incrimination. But once you consent to a search, all bets are off. The police can almost do whatever they want. So don't consent to a search. Make them do their job.

After spending a day in jail, Billy later appeared in court but did not hire an attorney beforehand. This was his first offense. Had he sought a lawyer's assistance, he would have learned that he might have qualified to participate in a diversion program. There is a fee to participate; it is monitored by the probation office even though it's not a sentence; you perform community service, obtain a drug and alcohol evaluation, and provide a few clean drug screens over a period of time. Successful completion of this program would have resulted in a dismissal of the case and an eligibility for expungement.

The judge and the prosecutors are not there to provide legal advice. So Billy did the next best thing a person can do in this situation if they do not have proper defenses. He plead guilty under Georgia's conditional discharge drug first offender statute.

You will have a conviction for a criminal offense in only two ways, when a judge signs his or her name to your sentencing sheet after you have plead guilty or you have been found guilty after a trial. If you are convicted for a violation of the Georgia Controlled Substance Act (V.G.C.S.A) you will suffer jail time, probation, or both, having to perform community service, paying a fine, getting a drug / alcohol evaluation, random drug screens, and worst of all an automatic suspension of your driver's license for a year.

Under the drug first offender act, the judge does not sign the sentencing sheet. This means that even though you are under sentence, you do not have a conviction and won't suffer a suspended license. And if you successfully complete your sentence without getting into trouble, you never will. If you do get in trouble again, however, the judge will adjudicated you guilty and he can sentence you again.

What does this have to do with Billy? Well, Billy was recently arrested again for the same misdemeanor offense, possession of marijuana less than ounce. But he won't be offered diversion, and he won't be able to plead under the first offender act because you can only take advantage of that once. If he doesn't have any good defenses, his only hope to avoid a license suspension is for the judge to accept a plea of nolo contendre.

The lesson here is that you should never face criminal charges without first hiring, or at the very least, consulting with an attorney.