Home
Articles
Arrested Celebrating big Events in Atlanta? You're not the Only one

Arrested Celebrating big Events in Atlanta? You're not the Only one 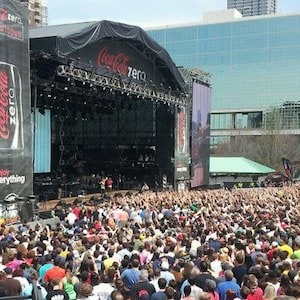 Other than being an international city, Atlanta is certainly one of the United States' top five intercontinental cities. This past weekend was no exception. Between hosting the NCAA final four basketball tournament championship, the Chicago Cubs in town to play the Atlanta Braves, free concerts by the likes of The Zac Brown Band, Sting, and The Dave Matthews Band, and other fun celebratory events, thousands of Atlanta residents welcomed tens of thousands more people from all over the country to enjoy the festivities and the perfect weather. These times of the year are huge boosts to the local economy. But a lot of the money generated by these kinds of events comes from a source that most people forget. Criminal fines.

Any time Atlanta plays host to so many people doing so many different things, the many police departments within Atlanta and the surrounding Atlanta metropolitan area become especially vigilant. Officers work extra shifts and longer hours, so more officers are in more places. Police will issue hundreds upon hundreds of traffic tickets, and even more citations for other minor offenses. Police will likely make several thousand more arrests for offenses like disorderly conduct, criminal trespass, public drunkenness, minor in possession of alcohol, DUI and other alcohol related crimes; misdemeanor marijuana possession and other drug related offenses; different types of violent crimes like battery, domestic violence, assault, and possession of guns and other weapons; and theft offenses like shoplifting, fraud and identity theft.

Until it actually happens though, nobody ever realizes how easy it is to get cited for an offense or arrested and taken to the local jail. The police are already overworked, tired, and on edge. They have very little patience and are often quick on the draw. Any action you take that an officer interprets as an act to keep him/her from performing their duty, no matter how slight, will get you cited or arrested for obstruction of a law enforcement officer.

So what do you do if this happens to you? The first thing you should know is that no interaction with the police is too trivial to call or consult with a lawyer. Many people want things over as quickly as possible, but there are potentially severe repercussions of rashly paying a ticket, on line for instance, before your scheduled court date. Doing so acts as a plea of guilty and you would be subject to any consequence associated with being guilty of the offense. For example, some jurisdictions allow you to pay the fine on a traffic ticket or citation for possession of marijuana. If you do that, you'll suffer the points on your license associated with the traffic ticket or have your license automatically suspended for a year .

And if you are one of the multitude of people who visited Atlanta from different parts of the country and are not familiar with Georgia laws, it is even more important to call and consult with a lawyer. There are ways to avoid having to make a trip back to Atlanta to resolve your case.