Home
Articles
DUI – It can Happen to Anybody

DUI – It can Happen to Anybody 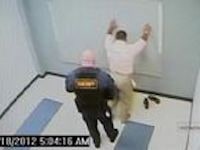 Several months ago Mariano Saynez-Ruiz-Duran, a vice consular with the Mexican Consulate General was pulled over for speeding on Ga. Highway 400 and arrested for DUI. Last night, Michael Turner, running back for the Atlanta Falcons, was pulled over for speeding and arrested for DUI. While one lesson to take from this is to slow down, the other lesson is that it doesn't matter who you are or what you do, police officers do not discriminate if they suspect you are driving under the influence of alcohol. It can happen to anyone.

While it isn't against the law to drive after you've been drinking, it is against the law for your blood alcohol content to be a 0.08 or higher or to drink to the point that you are "less safe" to drive had you had nothing to drink at all. The two most common reasons people are pulled over by police are likely to be speeding and failing to maintain their lane. But of these two offenses, speeding isn't designated as evidence that a person is "less safe" to operate their car by the National Highway Traffic and Safety Administration (NHTSA). This is probably so because of the two offenses, speeding is the more common, and the vast majority of people pulled over for speeding have not been drinking.

One way you can avoid making these mistakes is not only to be more careful, but to understand why it is so easy to make them. We don't commonly think about it while we are doing it, but driving is the ultimate divided attention test. We have to divide our attention between accelerating and decelerating, using our turn signals, traffic, road signs, worrying about other people who are not quite as good at dividing their attention as we are. We do all of this at the same time and sometimes it is very easy for our attention to lessen in one area while we are concentrating on another. This is why distractions such as cell phones and attention retarding substances like alcohol can be so dangerous.

Now, in light of that, consider having to react to the ultimate distraction, a police officer's red, white, and blue flashing lights. If it is at night, not only are you blinded, but you are likely very nervous at the prospect of having to interact with someone with the power to arrest you.

People are all too often vilified after being arrested for driving under the influence of alcohol. Perhaps such criticism is justified for those with prior arrests. But anyone can be pulled over for many different reasons, and anyone can be arrested for DUI.