Home
Articles
'I Don't Want to Press Charges.' 'The Police Didn't Read me my Rights.' — You're Watching too Much Television

'I Don't Want to Press Charges.' 'The Police Didn't Read me my Rights.' — You're Watching too Much Television 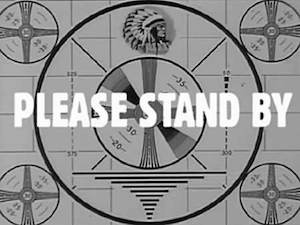 "I don't want to press charges." This is common in domestic or family violence cases and other types of cases involving altercations or interactions (battery, property damage, thefts, frauds, etc.) between people who, once things have calmed down, feel like the whole thing was a misunderstanding and wish they could just handle it between themselves without someone being prosecuted. My answer is always the same: that's too bad; you are not the one "pressing" the charges; and stop watching cop shows to learn how the law works.

As private citizens, we don't have that power. The representatives, prosecutors, for the State do. Once you get the police involved and they make an arrest, the State is the only one that can decide whether or not to prosecute the case. We can certainly assist them in their decision by telling them our side of the story. But most of the time, that doesn't matter. Their job is to prosecute the cases that the police investigate. That being said, the first seven to ten seconds of Law And Order is really the only useful part of the show.

"The police arrested me and didn't read me my rights." This one is double-edged. On the one hand, television has convinced us that if this isn't the first thing an officer does when placing us in handcuffs, then no matter what it is we are being arrested for it will get tossed out. On the other hand, thankfully, we all know what our rights under these circumstances are:

It is a good reminder, every time we watch one of these shows that we have constitutional protections if we find ourselves interrogated. But upon being handcuffed, the police don't have to inform us. It is in the interrogation room, when the police are seeking "testimonial" evidence (that is, communications, both verbal and non-verbal, that directly relate to a fact that can be incriminating) that it becomes required, and then we have to overtly exercise these rights to take advantage of them.

So the lesson is, if you're a fan of cop television shows, don't watch them as "how-to" guides to interacting with the police.