Home
Articles
I Failed to Appear in Court. What Happens to me? What can I do?

I Failed to Appear in Court. What Happens to me? What can I do? 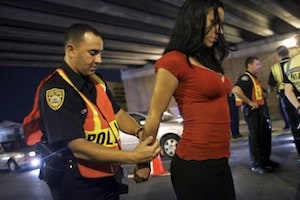 People fail to appear in court for a multitude of different reasons. This is one of the top five most common questions I get on a weekly basis. A Failure to Appear (FTA) in court can have potentially devastating consequences if you do not do something quickly and aggressively to remedy the issue.

Probably the most important thing to know is that when a person fails to appear in court, judges will generally issue bench warrants for a person's arrest, and the court notifies the Georgia Department of Drivers Services (DDS) and the person's driver's license is suspended. Time is of the essence in these situations because the procedure from DDS notification to license suspension happens fairly quickly. Once your license is suspended, if you are thereafter pulled over for any reason, you WILL BE arrested and taken to jail. Driving on a suspended license is no laughing matter in Georgia. The minimum sentence upon conviction carries with it a five hundred dollar ($500.00) fine, two days in jail, and up to 12 months of probation. Furthermore, you will suffer an additional six-month suspension of your license. All of this on top of the offense on which you originally failed to appear. But with swift action this can possibly be avoided, or in the case where a person's license is already suspended, steps can be taken to speed up the process leading towards license reinstatement.

FTAs never go away until a judge sets them aside with a court order. Although sometimes, in cases of FTAs in Municipal Courts on traffic violations, a person will be allowed to pay the fine on the old citation, thereby setting aside the FTA by closing the case. The court clerk will then send a "clearance letter" to the DDS. But whether undetected, unremembered, or simply just ignored, they lurk in the background of people's lives.

Oftentimes, a person has completely forgotten they have an FTA (or they never knew about it in the first place, thinking they already handled the situation in the past) until they are in fact arrested. I have represented people who have had FTAs that date back as far as 17 years.

An experienced lawyer will know that different jurisdictions have different rules and procedures for handling people who don't go to court.

If a person is arrested on a consequential bench warrant, the most important thing a lawyer needs to know is on what charge/s you failed to appear. If you failed to appear in Superior or State Court for a felony or misdemeanor charge, a bench warrant for your arrest almost assuredly exists. Some Superior and State Court judges will allow you to "walk in" to court to show good cause why you were not present on your originally scheduled court date without going to jail first. Most do not, however, and require the warrant to be executed by turning yourself in to jail or being arrested.

I have represented hundreds of people who have missed their originally scheduled court date for many different reasons. There are so many ways and reasons for which a person can be arrested. Most are avoidable. None, however, is more avoidable than failing to appear in court.