Home
Articles
It's Easy to get Arrested During the Holidays

It's Easy to get Arrested During the Holidays 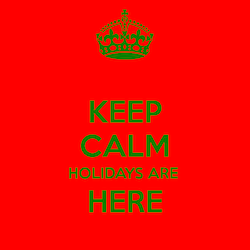 Happy Thanksgiving and Merry Christmas!! From Black Friday to New Years, the holidays and the biggest shopping days of the year are here again. That means that every retail store from Walmart to Kroger are not only trying to lure you in with sales, but they are also beefing up their security. Stores have developed elaborate systems to combat and prevent offenses ranging from credit card and check fraud, counterfeiting and shoplifting, and even pickpocketing and snatch and grab thefts. Undercover operatives roam the aisles and sophisticated camera networks spy on us from above. And where there are holiday parties there is also alcohol, and maybe even drugs. Police make hundreds of alcohol and drug related arrests during these few weeks.

Most people don't think about how easy it is to get arrested. Every week I talk to people, many first time offenders, seeking advice and representation after being cited or taken into custody for shoplifting. Retail stores are on the look out for five basic behaviors.

I have represented clients who have been arrested or cited for shoplifting for concealing items that they did not know were hidden. In situations like that, however, it is very difficult to convince loss prevention personnel that it was just a mistake and there was no intention to steal the item.

The value of the item determines whether a person will be prosecuted for a felony or misdemeanor. When the value of the item or items involved is over $500, this is a felony. Under $500 is a misdemeanor. First offenders generally have more options than individuals with prior arrests on their record. Many jurisdictions have pretrial intervention and diversion programs available for first offenders which result a dismissal of the charges after successful completion of the program. A person who has completed one of these programs in the past and gets in trouble again will not likely be offered pretrial intervention again. But because the first offense was dismissed, and did not result in a conviction, they can still take advantage of the First Offender Act to avoid a conviction.

Alcohol and drug related arrests are also very prevalent. When people get together for holiday parties they become uninhibited and they let their guard down. They drive after they've consumed alcohol. They get rowdy and disorderly. They get into fights with their friends and loved ones. All leading to arrests for DUI, possession of illegal substances, disorderly conduct, and domestic violence. Except for DUI, pre-trial diversion programs and first offender treatment is often available for these offenses as well.

The most important thing to remember during these times of celebration is just to be careful. If you do get arrested, try not to panic and call me (678) 561-0411. We'll talk about all of the options available, whether or not you have any viable defenses, and how best we can resolve your case.