Home
Articles
Many Georgia First Offenders can get Second Chances

Many Georgia First Offenders can get Second Chances 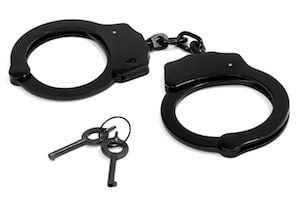 Getting arrested for the first time probably ranks in the top five most frightening things that can happen to us. But once the initial shock wears off, it is important for people to realize that almost every jurisdiction in the state has, or with the signing of the new Georgia Crime Bill, will soon have programs designed to allow first time offenders an opportunity to prevent their arrest from haunting the rest of their lives. These are called pretrial intervention (PTI) or pretrial diversion programs. These programs literally "intervene" or "divert" away from the prosecution of a person's case, the end result being, upon successful completion, a dismissal of the charges and an eligibility to expunge your criminal record.

These programs are generally case-specific but most, if not all, jurisdictions with these programs have a list of offenses for which they will offer a first offender PTI. But prosecutors review these instances on a case by case basis, potentially rejecting someone's participation in a program based on the facts of the case. This can happen, for instance, in simple battery and domestic violence cases. Prosecutors often understand that people in any kind of relationship, from strangers to spouses, can have altercations. If police are called to investigate, they typically make an arrest. If the "victim" is particularly injured or other aspects of the facts are particularly egregious, a prosecutor may not feel that PTI is appropriate and other first offender options will need to be explored, such as resolving the case under Georgia's First Offender Law.

The answer to the first three questions is frustratingly simple: it depends. It depends generally on the county prosecutor's office and the type and severity of the crime/s charged (whether felony or misdemeanor). I've seen programs whose participation costs as much as $1000 and requirements that range from community service, to drug screens, dependency evaluations, certain types of psychological evaluations, theft awareness classes, anger management and domestic violence classes, and many other creative requirements.

The answer to the fourth question is important because many people think they are admitting guilt if they enter into PTI. That is not the case. But whether the State can actually prove your guilt beyond a reasonable doubt or not, the best thing to do is to complete a diversion program if you qualify because the end result is a guaranteed dismissal of the charges and, most importantly, in many cases an eligibility to expunge the arrest from your criminal record. Georgia's expungement law, which I will cover in a future post, is very specific and a PTI program may be the only way that you can take advantage of it.

Trust me. If you're arrested for the first time, you should consult with an attorney with experience in negotiating with prosecutors for your participation in pre-trial intervention and diversion program as soon as you can.