Home
Articles
Shoplifting in Atlanta? You are not Alone

Shoplifting in Atlanta? You are not Alone 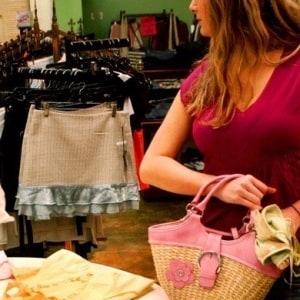 Who shoplifts? That is really a rhetorical question. It doesn't have a specific answer. The shoplifter is profile-proof. There are certainly career criminals out there, those who are simply seeking a cheap thrill (literally), and those that just decide at the last minute that they want to get something for nothing. Women shoplift. Men shoplift. Children and adults alike, rich people, poor people, nobodies and public figures are all guilty of shoplifting.

A common thread of shoplifting, however, is that it rarely has anything to do with whether or not a person can afford to pay for the merchandise. The stereotype is, of course, the daring, adrenaline junkie teenager. But more often than not the shoplifter suffers from underlying psychological stresses that they are trying to mask or alleviate. Almost invariably, if you ask someone why they did it, "i don't know" will likely be the response you get.

It can become an addiction as strong as any other vice. Shoplifters know right from wrong. But when depression, anxiety, fears, and other stresses become overwhelming, the act of shoplifting takes their mind off of those problems, and the rush achieved from a successful "take" can be like a drug. What they do not acknowledge or admit to themselves, however, is that it only makes those negative and painful feelings worse. According the National Association for Shoplifting Prevention, about a third of the people involved in psychological studies conducted on shoplifters suffer from some form of depression.

Some people also suffer from a clinical impulse behavior disorder, mostly referred to as kleptomania. Unfortunately, the vast majority of judges and prosecutors just see a thief, and consider the term a smokescreen. kleptomania is a clinical diagnosis determined by a licensed professional and a person will be diagnosed with kleptomania if they exhibit five specific behavioral traits:

Five different acts of misconduct constitute shoplifting in Georgia. Shoplifting takes a tremendous toll on persons lives and the lives of their families. The experience is made even worse by how a person is treated by most retail personnel. In my opinion, their "nazi-like" response is inexcusable. If they catch you, they will surround you, intimidate you, and browbeat you into signing a confession, making you pay a "restitution" fee (also illegal in my opinion), and usually agreeing to a banishment from the establishment for 2-5 years. If you are reading this without having suffered through this, remember: if you find yourself in this situation, you don't have to sign or say anything, no matter what they do to you; and i hope that you do not.

Furthermore, the experience and effect is very different for families of people who have been accused of shoplifting before, as opposed to first offenders. First offenders in many jurisdictions benefit from pre-trial intervention and diversion programs. Completing one of these programs results in a dismissal of the charge and possible eligibility for expungement to keep criminal records clean. But a person can only take advantage of a diversion program one time; and if a person continues to shoplift, subsequent convictions result in mandatory fines and jail time.

Although it does little to make my clients who face prosecution for shoplifting feel better, I am constantly reminding them that they are not alone. I am also reminding them that they have options and that there are available resources to help them address and modify their behavior. In fact, for the shoplifting first offender, diversion programs typically focus on just that.